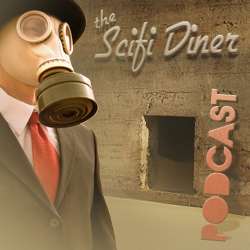 Please call the listener line at 1.888.508.4343, email us at scifidinerpodcast@gmail.com, or visit us on Twitter Scott Hertzog & Miles P. McGloghlin . Also don’t forget to visit our store!

Welcome to the Science Fiction Diner. We want your feedback: how are we doing, what can we do differently, what would you like to hear? We what to know! Also the iPod feeds of our podcast are enhanced, which means there are chapters. So if we’re talking about a show you’re not interested in, you can skip ahead.

The Trivia Question for Next Week:

The Prize: This week we are giving away a copy of Season 3 of Smallville.

Question: In the Smallville television series, what was the name of the school newspaper that Clark and Chloe ran?

For our trivia question this week:

Winner of the following trivia question got an autographed copy of Adrienne Wilkinson as Marris Brood from the Force Unleashed.

The Question: Who was the voice of Yoda from the six Star Wars Movies?

Both available on My Scifistore

Tonight we interview Adrienne Wilkinson, who played Xena’s daughter, and Marris Brood from the Force Unleashed.