Scifi Diner Podcast Ep. 35 – We, along with Mary the DVD Geeks Televixen, discuss the new Surrogates movie along with Dollhouse and Heroes.

Please call the listener line at 1.888.508.4343, email us at scifidinerpodcast@gmail.com
or visit us on Twitter @scifidiner.

If you have listened to the show for sometime, we would love to have you leave feedback on itunes.  We know not all of you use itunes, but for those that do, it helps us become more visible. If you don’t use itunes, your feedback is still valuable.  Visit our webpage at https://scifidinerpodcast.com and leave a comment on the show notes or email us at scifidinerpodcast@gmail.com We want to know!

In our show tonight:

We chat with Mary the DVD Geek Televixen from DVDGeeks. In news, The Vampire Diaries, Flash Forward, and Fringe thrive, Dollhouse sinks even lower, SGU Rocks the Ratings, the Zombie Comedy earns a top spot, Do we care that G.I. Joe is coming to DVD, and end up chatting about Surrogates.  And what is up with Sylar??? 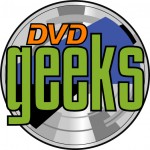 For our trivia question this week (Deadline for trivia is October 14th 8 PM EST:

Trivia: Who was the author of the novel ” I robot”?

If you know the answer, call us at 1.888.508.4343, e-mail us at scifidinerpodcast@gmail.com, or contact Scott, Miles, or scifidiner on Twitter with your answers!

The Trivia Question from last Week:

The Prize: Batman Beyond

Question: Dollhouse trivia. When Dollhouse creator Joss Whedon first tried to contact Eliza Dushku about doing the show, what was she doing?

Answer: Hunting Elk with Penny.  We got this answer from Askmen.com.

However,  as some have stated, it was she who contacted Joss and not vice versus – we took both answers. Thanks to Mike Ownby who stated: That askmen article’s pure junk. They just put together
random facts. Here’s one link that tells real story.

Flash Forward has retained its no.1 position as the most popular series on a Thursday night, having drawn 10.8 million viewers overall.  It dropped 8% from its premiere but that wasn’t enough to give the competition a chance to take the lead.

The Vampire Diaries retained its popularity, pulling 3.5 million viewers to nab second spot in its 8pm timeslot, and Supernatural held firm with 2.6 million viewers in its wake.

Fringe pulled in 6.2 million viewers which was an improvement over last week, but not enough to drag it from fourth position in its timeslot. Fox are claiming they are happy with this given that the network’s performance is now higher on a Thursday night than last year thanks to scheduling Fringe on the night.  TV By The Numbers, who have proven remarkably accurate in the past, don’t share that view, listing Fringe as one of Fox’s scripted shows now in some danger of not being renewed for a third season.

Vampire, Fringe get big boost from DVR ratings: The two series show
the biggest gains when DVR viewing is taken.

Among the show’s milestones:

♦This is the best performance for a Stargate franchise season premiere on Syfy since season two of Stargate Atlantis on July 15, 2005.
♦Among adults 18-49, the 1.12 million viewers is the best performance for a Friday series premiere since Battlestar Galactica debuted on Jan. 14, 2005.
♦Stargate Universe‘s 2.3 million total viewers surpassed the 2.1 million total viewers that watched Dollhouse on Fox at 9 p.m.

As for the Fox series, The Hollywood Reporter‘s Live Feed reported that the second week’s episode, “Instinct,” dropped 20 percent from its season premiere the week before, which doesn’t bode well for Joss Whedon’s series. The ratings represented a new low for the series that doesn’t seem to have a bottom.

The weekend saw the Zombie comedy tip Cloudy With a Chance of Meatballs from the number one spot it has held for two weeks, no doubt helped by a wave of positive reviews.

The result bodes well for Zombieland given that it has yet to be released in the majority of its planned territories.

Whilst Zombieland performed well, Surrogates and Pandorum’s woes continued.  Their already poor performance was bolstered by a drop in ticket sales of 50.7% and 56.5% respectively.

G.I. Joe: The Rise of Cobra will hit DVD and Blu-ray on November 3, 2009, Paramount Home Entertainment has announced.

In G.I. Joe: The Rise of Cobra the G.I.Joe team travels the world from the Egyptian desert to the polar ice caps and the streets of Paris in a high stakes pursuit of Cobra, an evil international organization threatening to use a technology that could bring the world to its knees. Armed with the coolest hi-tech gadgets and weapons the G.I. Joe’s are the world’s last line of defense.

The popular Stephen Sommers directed flick, which grossed almost $300M worldwide at the box office, will be released on DVD and Blu-ray as a two-disc set and also as a single disc DVD.

The G.I. Joe: The Rise of Cobra two-disc Blu-ray and DVD include a digital copy of the film, commentary by director Stephen Sommers and producer Bob Ducsay, “The Big Bang Theory: The Making of G.I. JOE”, which takes viewers behind-the-scenes for a look at how the filmmakers turned the perennially popular action figures into a summer blockbuster and “Next-Gen Action: The Amazing Visual FX and Design of G.I. JOE”, which showcases the incredible work that went into creating over 1,650 visual effect shots and the challenges the filmmakers faced in bringing the world of G.I. JOE and COBRA to life.

The two-disc DVD and Blu-ray packages will also feature augmented reality technology that will allow owners to participate in an exclusive 3D holographic G.I. Joe combat experience, utilizing their webcams and a special website. Fans will be able to choose between Snake Eyes and Storm Shadow, two of the most popular G.I. Joe and Cobra characters, and battle against their enemies one-on-one in an immersive 3D video game.

Universal Studios Home Entertainment will release the Blu-ray of season one, including the original miniseries, on Jan. 5, 2010, coinciding with the first season premiere of Caprica on Syfy. And today, the company announced an Oct. 27 release date for Battlestar Galactica: The Plan on both DVD and Blu-ray.

Here’s the official announcement. So say we all!

Television’s most thrilling science fiction adventure makes a stunning turnabout when Battlestar Galactica: The Plan debuts on Blu-rayTM Hi-Def and DVD on October 27, 2009 from Universal Studios Home Entertainment. For the first time ever, fans can experience the uncut and uncensored story of humanity’s futuristic fight for survival through the eyes of their deadly adversaries, the Cylons. This never-before-seen perspective of the Cylon plan reunites the series’ original television cast, including Emmy® Award winner Edward James Olmos (Stand and Deliver), Dean Stockwell (JAG), Tricia Helfer (Burn Notice), Grace Park (The Cleaner) and Callum Keith Rennie (Californication). Ronald D. Moore and David Eick return as executive producers.Battlestar Galactica: The Plan’s executive producer and writer Jane Espenson added, ” Edward James Olmos was our director on the movie, and he did an amazing job. He also shot some great footage that we are not able to show on TV, so I’m thrilled that viewers can experience it uncut as our director envisioned it.”

During four spellbinding seasons on the SCI FI Channel (now Syfy), Battlestar Galactica’s vivid reimagining of the classic television series earned a legion of devoted fans, as well as unfettered critical acclaim, and Emmy® Awards for Outstanding Special Visual Effects in 2007 and 2008 and a Peabody Award in 2008. Battlestar Galactica: The Plan is priced at $39.98 SRP on Blu-rayTM Hi-Def and $26.98 SRP on DVD. Preorder close is Sept. 8, 2009.

* DELETED SCENES
* FROM ADMIRAL TO DIRECTOR: EDWARD JAMES OLMOS AND THE PLAN – A day-in-the-life with director and actor Edward James Olmos, as he tackles the most ambitious Battlestar Galactica production to date.
* THE CYLONS OF THE PLAN – Features interviews with the actors who play the film’s key Cylons, including Dean Stockwell, Tricia Helfer, Grace Park, Michael Trucco, Rick Worthy and Michael Bennett.
* THE CYLON ATTACK – This featurette takes viewers behind the scenes for the planning and execution of one of Battlestar Galactica: The Plan’s major action sequences.
* BEHIND THE PLAN – An in-depth look at some stunning visual effects and the role post-production plays in bringing the world of Battlestar Galactica to life.
* FILMMAKER COMMENTARY

SYNOPSIS
Battlestar Galatica: The Plan.. The Cylons began as humanity’s robot servants. They rebelled and evolved and now they look like us. Their plan is simple: destroy the race that enslaved them. But when their devastating attack leaves human survivors, the Cylons have to improvise. Battlestar Galatica: The Plan tells the story of two powerful Cylon leaders, working separately, and their determination to finish the task.

An inspired, visually stunning reimagining of the 1978 series of the same name, Battlestar Galactica captured the imaginations of a new generation of fans with its gritty realism, compelling storylines and commanding performances. The show garnered numerous awards, including two Emmys® and the prestigious George Foster Peabody Award and was recognized by the American Film Institute (AFI) as one of the most outstanding television programs of the year for two years running. In March 2009, Battlestar Galactica’s impassioned explorations of today’s hot-button issues, including politics, terrorism, treatment of prisoners and religion, even inspired the United Nations to host a special panel to discuss the questions it has raised. The series is from Universal Cable Productions and is executive produced by Ronald D. Moore and David Eick.

We chat about the movie Surrogates. Our Listeners said:

We share our thoughts on the over all plot, why the movie failed in some areas, and why Bruce Willis has hair. We think this is a movie where the concept more intriguing than the plot.  We discuss how close we are to something like this actually happen and whether or not it is actually here already.

The moral of the story is pretty obvious early on. Technology is a useful tool and allows us to do all sorts of amazing things. Surrogates presents the downside of new tech when people start to rely too heavily on the gadgets or become obsessed with virtual realities.