Our Interview With Azita Ghanizada from Alphas 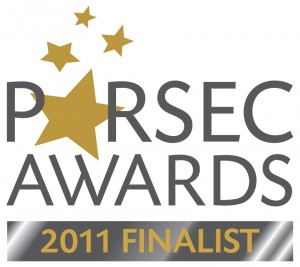 Thanks to all who have supported us over the past two and a half years.  This journey would NOT have the same, our podcast would not have been the same, without you!  We have been selected as a finalist for the Parsec Awards that are handed out at Dragon Con each year.  Alas, we will not be there, but Kevin Bachelder, who is kind of like an honorary SciFi Diner Employee through the SciFi Rewind, will be there representing us.  Again thanks for visiting the Diner!  Oh, and speaking of Kevin, his podcast Tuning Into SciFi TV was a finalist as well.  You can check out the categories and our competitors below.

Best Speculative Fiction Fan or News Podcast (Specific)
Brief Description: News and commentary podcasts created by and for the fans of a given type of literary or entertainment work or series of works that have elements of speculative fiction (e.g. podcasts focused on H. P. Lovecraft, Buffy The Vampire Slayer or the World of Time).

What will we do next on the SciFi Rewind?

We just recently finished covering the Matrix trilogy and this fall we’ll be covering some other classic scifi movies. We’d like to have the listeners vote in our poll to see what movie we should cover in September. Please vote below. Thanks.

* Our Interview with Azita Ghanizada from Alphas
* Trivia
* Walking Dead News
* How (Not) to reboot the Terminator Franchise
* How Superman Returns SHOULD have began
* Brent Spiner Punks Geeks
* Scifi Five: Wayne and Dan

New Trivia Question:  What does Doll House have in common with The Matrix: Reloaded and Revolutions?
Prize: Sally Kellerman as Dr. Elizabeth Dennar – signed print
You will have until August 8th  to answer this question. Send your answer with your mailing address to scifidinerpodcast@gmail.com, call us at 18885084343, or DM us on Twitter at @scifidiner. Make sure you include your e-mail with all entries! Only one entry per person.   The SciFi Diner is not responsible for any injuries occurring if you secretly decide to go all shiny and dress in a browncoat and walk into your local bar.  BE SURE TO INCLUDE THE CODE WORD.

What the Cast? Podcast

Geek out with Mainframe Podcast

Our Interview with Azita Ghanizada

Azita Ghanizada (pronounced “Ghani-za-da”;[2] born c. 1979[1]) is an Afghan American actress in the United States who has appeared in a number of television series. Born in Kabul, Afghanistan, her family fled her native country when she was still a baby in the wake of the Soviet invasion of Afghanistan.[3][4] They travelled to the United States and were granted asylum as political refugees.[5] Raised by a conservative family, she has two sisters; her parents separated when she was in middle school.[3] Ghanizada is a graduate of James Madison High School in Vienna, Virginia[1] and has a degree in English and Communications from Virginia Tech.[4][6]

Ghanizada learned to speak English from watching television; that combined with the family’s regular trips to a local cinema that showed Bollywood movies inspired her to become an actress.[7] She relocated to Los Angeles and began her on-air camera career by getting work in television commercials due to her non-descript ethnicity which enabled her to play Mediterranean, Indian, and Arabic roles.[7] In the Laura Neri film A Kiss on the Nose, Ghanizada played the lead role of Chiara, a performance for which she received a film festival best actress nomination. Her television guest-starring roles include How I Met Your Mother, Entourage, Veronica Mars, The Wedding Bells, NUMB3RS, Bones, Psych and Castle. She had a supporting role in the 2009 science fiction action film Blood Shot,[8] and the independent comedies, “You, Only Better” (2009).

She is currently a primary cast member of the American Syfy Channel series Alphas where she plays Rachel Pirzad, a woman with enhanced sensory abilities.

Ever since we learned Tuesday that Frank Darabont, the creator and executive producer of AMC’s The Walking Dead, might not be back as the series’ showrunner, we started to worry. Could the show continue to be a success without Darabont’s zombie brains?

Well, now that Glen Mazzara has taken over for Darabont, AMC wants us to know it has everything under control.

Here’s the official statement the network just released on the matter:

So … does that make you feel any better?

How Lost’s Damon Lindelof would reboot the Terminator franchise

We’re not sure when that new Terminator movie will finally get off the ground and onto the screen, but when it finally does, here’s an idea—how about making it a comedy?

At least that’s the theory Damon Lindelof came up with when asked by Wired for his ideas to freshen up the franchise. Yeah, his tongue was in his cheek, but in this post-Hangover world, maybe that’s not such a bad idea.

Here’s what he had to say:

The whole “dark depressing futuristic apocalypse” thing is played out. Enough with the machines driving over human skulls. We need us some COMEDY. Look at those numbers for Bridesmaids and Hangover 2. Can you imagine the box office if those movies had HOMICIDAL ROBOTS in them?!? And since we’re evoking Arnold’s work already (evoking is free, by the way–suck it, lawyers), why not combine Terminatorwith Schwarzenegger’s greatest comedic work?Yeah. That’s right. Kindergarten frigging Cop.

Buckle up. Here comes the gold.

Humans in dystopian future learn that a Terminator traveled back in time and impregnated a woman, resulting in a half-cybernetic child that will grow up to be humankind’s DESTROYER! But due to technological ineptitude, we can’t lock down the mother’s identity (and thus the kid’s), narrowing their whereabouts to a school in a pleasant coastal town.

And so our story begins as a gruff, futuristic badass with great comedic chops (we’re screwed if the Rock says no) representing the hopes of all humanity travels back to 2012 to identify the half-Terminator 5-year-old by substituting as a kindergarten teacher. And then, after a series of comedic misunderstandings? Kill the little bastard.

Pretty sure we can get a PG-13 as long as no one smokes and when the kid gets shot in the face we do it in a classy way.

And if you want to check out a more serious take from Resident Evil director Paul W.S. Anderson, head on over to Wired

Think you know everything there is about Superman Returns? Apparently, director Bryan Singer shot an alternate opening sequence for the 2006 film that’s never seen the light of day, and now it’s surfaced online.Before sticking us with a title card, cast credits and John Williams’ famous score, Bryan Singer had another intro in mind. He filmed a sequence where Superman was flying in space trying to find what was left of his home planet Krypton.

The alternate version doesn’t really add or take away from the final product, but it did cost a pretty penny to make. An estimated $10 million was spent on the scene, which is a lot of dough for roughly five minutes of screen time. It must be nice to be able to toss that kind of money to the wind.

The following video is the missing piece of the Superman puzzle that we’ve been hearing so much about. It features Brandon Routh and no dialogue, which shouldn’t come as a surprise, since he didn’t speak much during the film as a whole.

What do you think of the alternate opening for Superman Returns? Should they have kept it?

TWIST (This Week In Star Trek)

A couple of guys caught up with Brent Spiner at a recent con to get his autograph on a piece of original art that depicted Data wrestling with one of the aliens from Alien, and in the process got punked by a master. (At least we hope they got punked. Because if they didn’t, we’re suddenly very worried about Spiner.) Mike Fisher and Keith Carter of The Successfully Unsuccessful Show tracked down Spiner at the Texas Comicon, and when they presented the Next Generation star with an illustration of the two sci-fi icons, he professed not to recognize the alien, acted confused while trying to remember who Ridley Scott was, and claimed Sigourney Weaver had starred in Black Hawk Down … all with a straight face.

Watch the video below to check out what may be Spiner’s greatest performance ever. (Please, dear God, let it be a performance!)

Wayne and Dan from Fringecasting with Wayne and Dan share their top five moments to look forward to in this upcoming season of Fringe.