SciFi Diner Classic Ep. 15 – Our Interview with Lee Arenberg (Pirates of the Caribbean, Once Upon a Time, Star Trek)

Our Interview with Lee Arenberg

(Pirates of the Caribbean, Once Upon a Time, Star Trek)

In our fifteen episode of the SciFi Diner Classic, we interview actor interview Lee Arenberg (Pirates of the Caribbean, Once Upon a Time, Star Trek). Since we do a news and interview show, it goes without saying that the news portion of our episodes often date themselves fast. And while the interviews with the people that make Science Fiction happen remain relevant and in our opinion important, most listeners will not listen back 100 episodes and wade through old news just to get to the interview. So what the SciFi Diner Classic aims to do is to share these interviews with you. If you have been with us from the beginning, then bear with us as we introduce some of our newer listeners to voices from the past. We’re bringing you just the interview and nothing else. 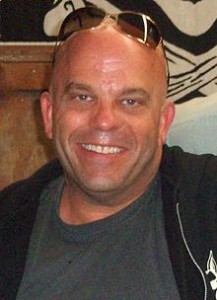 Lee Arenberg (born July 18, 1962) is an American actor, best known for his role as Pintel, one of Captain Barbossa’s crew of miscreants, in the Pirates of the Caribbean film series.

He has guest starred on all the Star Trek spin-offs Star Trek: The Next Generation, Star Trek: Deep Space Nine, Star Trek: Voyager, and Star Trek: Enterprise. His first appearance was in the ninth episode of the first season of The Next Generation, playing the Ferengi Daemon Bok. In two of his appearances, (“The Nagus” and “United”), he coincidently played a character named Gral (one was a Ferengi and the other a Tellarite). In 1992 Lee appeared on the TV series Night Court. Arenberg also played the recurring role of bookie Mike Moffit in two episodes of Seinfeld. In “The Parking Space”, he and George Costanza had a parking dispute, while in “The Susie” his thumbs were accidentally broken while trying to repair Jerry Seinfeld’s car trunk. He also guest starred in the fifth season of Friends in an episode titled “The One with the Inappropriate Sister”. He guest starred on an episode of Brotherly Love entitled “Motherly Love”. He had a bit part as a bumbling Hold-up Man in RoboCop 3. Lee also played Dr. Moyer in the Scrubs episode “My Own American Girl”. He also starred as the dwarf Elwood Gutworthy in Dungeons and Dragons (2000), and the pirate Pintel in the Pirates of the Caribbean trilogy. He guest starred as “Hair Plugs” in Grounded For Life (2001).

He is currently starring as the regular character “Grumpy (Leroy)” on the hit ABC television series “Once Upon a Time (TV series)”.

As he confirmed when speaking at the Farpoint Star Trek Convention in Timonium, Maryland, Arenberg’s character Pintel did not return in the fourth “Pirates” film.