Welcome to the Diner. 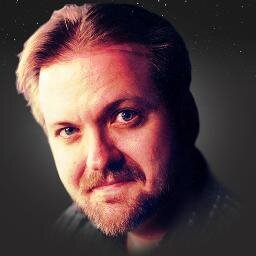 Larry Nemecek. Take a fondness for NASA’s pioneering “Right Stuff,” run it through a science-fiction and fandom filter with a big love of history, and toss in schooling and careers in news, theatre and entertainment—and that starts to explain the Larry Nemecek story.

From his local news perch, Larry’s annual “TNG” concordance guides caught the eye of Star Trek’s TV writers and Pocket Books all the way from Oklahoma, of all places—so much so that the ST: The Next Generation Companion became the first episode guide for modern Star Trek, twice updated, and a move to good ol’ Burbank seemed in order.

That’s when Trekland truly beckoned—and that’s where the reputation for both fan-cool and pro-savvy straight talk was born.  Check it out yourself:

It’s all there: Not just articles, columns, collaborations and live events, but years of on-lot sourcing media or solo writing with the Original Trek Fact Files from the U.K., or the Japan DVD series … consulting work with the old startrek.com (and the new, as well), or seven years creating, editing and leading Star Trek Communicator licensed magazine. Most fun are consulting gigs with the Star Trek: The Experience museum and rides … exhibits like the Star Trek World Tour, Star Trek: Federation Science, Star Trek: The Tour … and DVD bonus feature projects on and off camera. A story sale to Voyager that became the episode “Prophecy” with wife Janet was a hoot as well.

And that library: years of backstage images and over 500 archival audio interviews with Star Trek’s creative lights—it all needs airing, too. Most have never been transcribed, much less published—and the great Trekland family over the years has plenty to tell. Now there’s fan films and audio plays, too … reclaiming and reinventing the roots of fandom itself, once again.

Finally, those audio tapes are seeing the light of day in Larry’s brand-new remastered audio series, “TREKLAND: On Speaker,” launched in 2012 with a surprise debut at the Las Vegas Convention.

And his first film is now in the works, a documenatary that had to be made—”The Con of Wrath,” the true story of the 1982 Houston “meltdown to miracle” featuring the original Star Trek cast, the young event producers, the dealers and the fans themselves at the “Ultimate Fabhtasy,” the first Trek “rock star” arena show that did not quite go as it was planned.

On all his projects, Larry brings a wide-ranging but unique and down-to-earth perspective—including the sharing of tales as a guest and pundit at conventions across the country or the likes of Canada, Germany, England, France, Italy, Austria, and the Czech Republic, so far. Or even smoothing the way for guests, professionals and/or fans to find each other.

Just don’t try the “get a life” line … Larry is a longtime docent at the State Historic Park ranch house of his hero and fellow Okie, Will Rogers, near Santa Monica, Calif. There’s also family—you know wife Janet and her Voyager heritage from the con circuit, too—plus travel, politics, big band and classic rock and country, keyboards … and, of course, FOOTBALL. Boomer Sooner!

You can visit his site here.