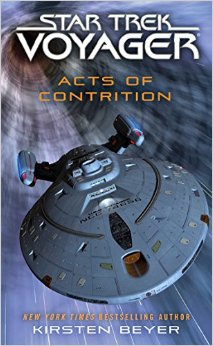 An original novel set in the universe of Star Trek: Voyager—and the sequel to theNew York Times bestseller Protectors!

Admiral Kathryn Janeway has now taken command of the Full Circle Fleet. Her first mission: return to the Delta Quadrant and open diplomatic relations with the Confederacy of the Worlds of the First Quadrant, a civilization whose power rivals that of the Federation. Captain Chakotay knows that his choices could derail the potential alliance. While grateful to the Confederacy Interstellar Fleet for rescuing the Federation starships from an alien armada, Voyager’s captain cannot forget the horrors upon which the Confederacy was founded.

More troubling, it appears that several of Voyager’s old adversaries have formed a separate and unlikely pact that is determined to bring down the Confederacy at all costs. Sins of the past haunt the crew members of the Full Circle Fleet as they attempt to chart a course for the future. Will they learn much too late that some sins can never be forgiven…or forgotten? 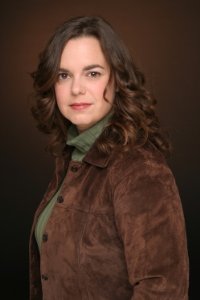 Kirsten Beyer is the New York Times Bestselling author of the Star Trek Voyager novels Acts of Contrition, Protectors, The Eternal Tide, Children of the Storm, Unworthy, Full Circle and String Theory: Fusion. She also penned the last Buffy book ever, One Thing or Your Mother, the Alias APO novel, Once, and she contributed the short story “Isabo’s Shirt” to the Distant Shores anthology as well as the short story “Widow’s Weeds” to Space Grunts. She has also written several articles for Star Trek Magazine.

Kirsten appeared in Los Angeles productions of Johnson over Jordan, This Old Planet, and Harold Pinter’s The Hothouse, which the L.A. Times called “unmissable.” She also appeared in the Geffen Playhouse’s world premiere of Quills and has been seen on General Hospital and Passions, among others.

Kirsten has undergraduate degrees in English literature and theater arts, and a master of fine arts from UCLA.

She lives in Los Angeles with her husband, David, and their daughter.