Netflix’s Dare Devil Is Eerily Similar to NBC’s The Cape But Way Better. 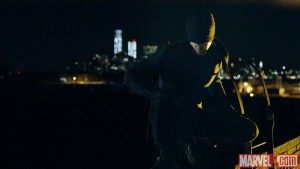 I think it goes without saying that one of the hottest superhero shows on television is actually not on a network. It is on Netflix. Much better than Ben Affleck’s movie, Dare Devil is dark, edgy, and wonderfully done.

In some ways, it is very similar to NBC’s The Cape.  You may not remember, but David Lyons from ER starred in The Cape, which lasted about 10 episodes before it got the ax. In The Cape David Lyon plays games Vince Faraday, a character that becomes his son’s superhero in order to save his city. That last phrase should sound familiar as it is echoed on Dare Devil numerous times. The premise is actually even more eerily similar.After all, Faraday becomes  The Cape to free and keep his city from the crime Mongols that are trying to take over it, run by a crime lord name Chess. 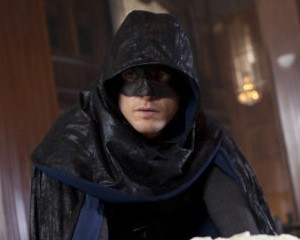 The Cape was much more stylized as a superhero show. It was also not based on an actual superhero in the Marvel or DC universe. The writing for it certainly was wanting at some points, and a times a bit week. And while I enjoyed it while it was on TV, it fell to what we called the Summer Glau curse. Even she could not the Cape, the series “big damn hero”.

Dare Devil, the Netflix adaptation, comes across much darker and grittier. Here we have a hero that has become a hero because of his connection to the the city, in particular the section of the city called “Hell’s Kitchen”. He battles his nemesis William Fisk as a masked crusader by night.  During the day, he is Matt Murdock, the son of a failed boxer and a devout Catholic whose moral code won’t allow him to kill anyone.

There are some parts of the show, especially when they focused on the backstory of William Fisk, that I almost can’t watch. Whereas The Cape was perhaps a more family friendly show, this show definitely not family-friendly. Nevertheless Dare Devil absolutely rocks. The writing is tight and believable. The character development of how Matt Murdock became the Dare Devil is believable. And even the episode that deals with his mentor is pretty fricking awesome.

I know some of you may not be Netflix subscribers, but it is worth the cost of the couple movie rentals from Redbox to get Netflix for just one month; you can even sign up for their free trial just to watch Dare Devil. It is the best superhero show that is on TV right now. For those you like Marvel’s: Agents of S.H.I.E.L.D., you haven’t seen anything yet.