On this podcast, we talk about watching Dare Devil, Babylon 5, and other various things that we are reading. We also discuss three major movies that just might spell trouble: TROUBLE. Some listeners chime in on TV shows that they thought were gems that should have made our top five list on the last show. For our main course, we share an interview that we did with Tim Russ at Far Point con. We wrap up with desert by sharing Damien’s top five list of obscure science-fiction TV shows. 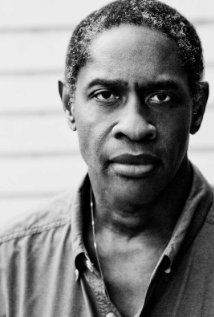 Timothy Darrell Russ was born on June 22, 1956, in Washington, D.C., to Air Force officer Walt and his wife Josephine. He and his younger siblings Michael and Angela grew up on several military bases, including Niagara Falls, Elmendorf (Alaska) AFB, Omaha, Taiwan, Philippines and Turkey. During these moves around the world, he graduated from Izmir High School in Turkey, and received his diploma from Rome Free Academy in Rome, New York. Afterwards he attended Saint Edwards University and earned a B.S. in Theater Arts but continued his studies with a full scholarship to continue theater studies at Illinois State University. His first professional job came while he was at St. Edward’s University in Austin, when he appeared in a PBS Masterpiece Theater production, but he started to pursue acting full time in 1985. During that time he’s been on many TV shows and movies – including The Twilight Zone (1985), Amazing Stories (1985), Thirtysomething (1987),Jake and the Fatman (1987), 21 Jump Street (1987), Beauty and the Beast (1987), The People Next Door (1989), Mancuso, FBI (1989), Family Matters (1989), The Fresh Prince of Bel-Air (1990), Tequila and Bonetti (1992), SeaQuest 2032 (1993), Dark Justice(1991), Murphy Brown (1988), Monty (1994), Star Trek: Voyager (1995), Melrose Place(1992), Any Day Now (1998), The Highwayman (1987), Star Trek: The Next Generation(1987) and Star Trek: Deep Space Nine (1993), among others.