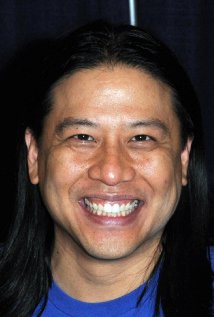 Garrett Richard Wang was born on December 15, 1968 in Riverside, California to Chinese immigrant parents. He and his sister Laura spent their childhood on the move. He lived in Indiana, then moved to Bermuda and finally to Tennessee. Later, he graduated from Harding Academy High School, Memphis, and moved to Los Angeles to attend UCLA where he majored in Asian studies. UCLA theater professor Jenny Roudtree inspired him to pursue an acting career. His first acting performance outside College was the portrayal of “John Lee” in the lead role of Chay Yew’s “Porcelain” at the burbage theater. Later, he continued to perform onstage such as “Model Minority”, “Woman Warrior” and “A Language Of Our Own”. He made his TV debut in 1994 as a guest star on the pilot episode of comedy All-American Girl (1994). One year later, he got the part of “Ensign Harry Kim” on Star Trek: Voyager (1995) where he appeared on television regularly for 7 years. Later, in 1997, Wang was named one of People Magazine’s 50 most beautiful people in the world. Also E! Entertainment Television has named Garrett as one of the “20 Coolest Bachelors” in the country. His television experience also includes roles in a variety of movies including Flesh Suitcase (1995), Angry Cafe (1995), Ivory Tower (1998),Hundred Percent (1998), Demon Island (2002), among others.