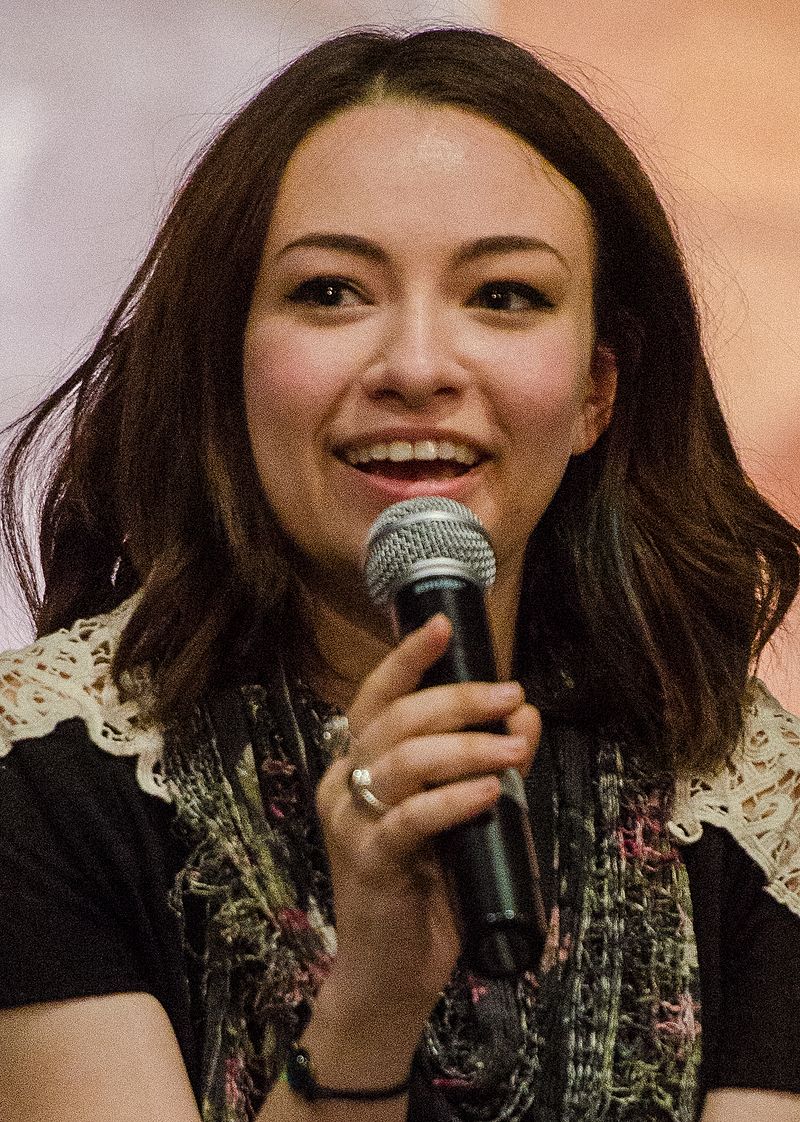 Jodelle Micah Ferland  is a Canadian actress. She is known for her portrayals of Mary Jensen in the 2004 ABC television series Kingdom Hospital, Bree Tanner in the 2010 film The Twilight Saga: Eclipse, and Five in the 2015 Syfy television series Dark Matter. She is also known by her roles in multiple horror or horror-related films, such as Sharon/Alessa in Silent Hill, Lillith Sullivan in Case 39, Jenny in The Tall Man, Patience Buckner in The Cabin in the Woods, and Agatha Prenderghast in ParaNorman.

Ferland was born in Nanaimo, British Columbia, the daughter of Valerie and Marc Ferland. Her siblings are actress Marisha Ferland and musician Jeremy Ferland.

Ferland started her career in commercials at the age of two. She made her movie debut at age 4 in the TV-movie Mermaid, for which she received a Daytime Emmy Award nomination, making her the youngest nominee in Emmy history. She has since made guest appearances in several television series, including Stargate Atlantis, Dark Angel, Stargate SG-1, Smallville and Supernatural, and has appeared in films including They and Trapped. In 2005, she starred in the Terry Gilliam drama Tideland, for which she received a Genie Award nomination in the Best Actress category. Later, she appeared in the 2006 film Silent Hill, an adaptation of the well-known video game, and had a supporting role in Good Luck Chuck for Lions Gate Entertainment. In 2006, she filmed the movie Case 39 opposite Renée Zellweger; however, because of a lengthy post-production, it was not released until 2009.

She played Bree Tanner in the third film of the Twilight series, Eclipse. She stated: “Usually I read the script before I take a role, but I haven’t read this one,” she explained. “It’s Twilight, of course I’m going to take it.”

From 2010 to 2011, she provided voice work for the videogame BioShock 2 and its DLC, appeared in the SyFy movie Ice Quake, and starred in the Lifetime television movie Girl Fight. In 2012, she appeared in the drama Mighty Fine, the horror film The Tall Man, Joss Whedon’s The Cabin in the Woods, the stop-motion animated film ParaNorman and had her first starring role in a comedy, in Home Alone: The Holiday Heist. From 2013 to 2014, she starred in the family film Midnight Stallion, the short film Monster, and the crime drama film A Warden’s Ransom.

In 2015, she starred in the short film The Goodbye Girl and the horror film The Unspoken, which premiered at the Film4 Frightfest Film Festival on October 24.

In 2016 she appeared in the Lifetime television movie My Daughter’s Disgrace, and provided the narration for the audiobook Wonder Women, written by Sam Maggs.

In April 2017, she appeared in the comedy Bigger Fatter Liar, the sequel to the 2002 movie, and is set to appear in the short film Women Seen directed by Amanda Tapping, and the horror film Never Knock.

Since June 2015, Ferland has starred as Five in the SyFy series Dark Matter, based on the comic book series of the same name.