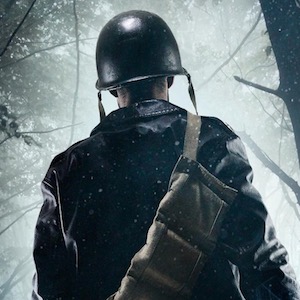 David Mack is the award-winning and New York Times bestselling author of more than thirty novels and numerous short works of science fiction, fantasy, and adventure, including the Star Trek Destiny and Cold Equations trilogies.

His upcoming works include The Iron Codex (2019) and The Shadow Commission (2020), books two and three, respectively, of his Dark Arts series published by Tor Books.

Mack resides in New York City with his wife, Kara.

The epic first novel in the Dark Arts series.On the eve of World War Two, Nazi sorcerers come gunning for Cade Martin but kill his family instead. His one path of vengeance is to become an apprentice of The Midnight Front — the Allies’ top-secret magickal warfare program — and become a sorcerer himself.Unsure who will kill him first — his allies, his enemies, or the demons he has to use to wield magick — Cade fights his way through occupied Europe and enemy lines. But he learns too late the true price of revenge will be more terrible than just the loss of his soul, and that there’s no task harder than doing good with a power born of ultimate evil.

Read more about the cover by artist Larry Rostant and the Dark Artsseries on tor.com!

Visit midnightfront.com, my site dedicated to The Midnight Frontand the new Dark Arts series, to learn more about the saga’s characters, magick system, and more!

The first official novel based on the new CBS All Access series Star Trek: Discovery®!

Aboard the Starship Shenzhou, Lieutenant Michael Burnham, a human woman raised and educated among Vulcans, is promoted to acting first officer. But if she wants to keep the job, she must prove to Captain Philippa Georgiou that she deserves to have it.

She gets her chance when the Shenzhou must protect a Federation colony that is under attack by an ancient alien vessel that has surfaced from the deepest fathoms of the planet’s dark, uncharted sea.

As the menace from this mysterious vessel grows stronger, Starfleet declares the colony expendable in the name of halting the threat. To save thousands of innocent lives, Burnham must infiltrate the alien ship. But to do so she needs to face the truth of her troubled past, and seek the aid of a man she has tried to avoid her entire life—until now.