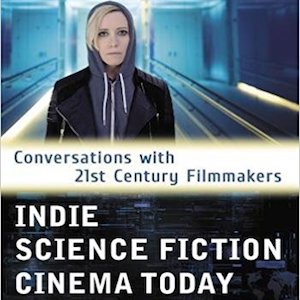 Chris Vander Kaay & Kathleen Fernandez-Vander Kaay are a husband and wife writing team who agree on almost everything except whether or not 28 Days Later should be considered a zombie movie. They’ve written television pilots and award-winning short films, and their first feature film premiered on cable television in 2014. Though their career has been focused primarily on nonfiction work with the Deseret News and the website Bloody Good Horror, they have also been recognized for their fiction and poetry. After years devoted to interviews, podcasts, and articles in which they championed the idea that the horror film genre should be taken seriously, they hope the idea is finally catching on.

Much of 20th century science fiction foretold technological and social developments beyond the year 2000. Since then, a key theme has been: what happens when the future no one anticipated arrives faster than anyone expected? Focusing on 21st century independent science fiction films, the author describes a seismic shift in subject matter as society moves into a new technological age. Independent films since the millennium are more daring, incisive and even plausible in their depiction of possible futures than blockbuster films of the same period. Twenty-one chapters break down today’s subgenres, featuring interviews with the filmmakers who created them.

The Anatomy of Fear: Conversations with Cult Horror and Science-Fiction Filmmakers

During in-depth conversations with 21 horror and science-fiction film writers and directors, filmmakers Chris and Kathleen Vander Kaay find answers to this question, along with the inside story on the inspiration, creation, and behind-the-scenes experiences of box office blockbusters. Horror movies have a shady reputation because of their flaws and eccentricities. Horror wants us to laugh when we’re uncomfortable, keep looking when we want to turn away, and live with a total lack of happy endings. Perhaps that’s why we respect these films as a subculture. And because no one expects horror films to toe the line, they get to flirt with madness and imperfection while making the most interesting, controversial observations. That’s why this book exists. Part of the subject matter in horror films is blunt and graphic and doesn’t need further illumination. Other parts are brave, transgressive, explorative, and restless. While exploring these themes with 21 artists, the Vander Kaays uncover a surprisingly honest appraisal of the human psyche.