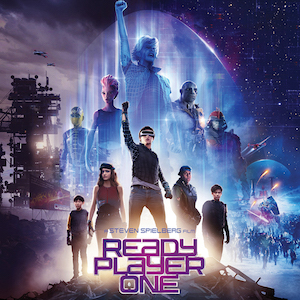 Tonight’s Menu: We share our Ready Player One Review along with guest host Kiefer, Scott’s son, who also watched the movie. We also share our interview with Drew Avera, author of the military space opera series The Alorian Wars.

Our Ready Player One Review

From filmmaker Steven Spielberg comes the science fiction action adventure “Ready Player One,” based on Ernest Cline’s bestseller of the same name, which has become a worldwide phenomenon. The film is set in 2045, with the world on the brink of chaos and collapse. But the people have found salvation in the OASIS, an expansive virtual reality universe created by the brilliant and eccentric James Halliday (Mark Rylance). When Halliday dies, he leaves his immense fortune to the first person to find a digital Easter egg he has hidden somewhere in the OASIS, sparking a contest that grips the entire world. When an unlikely young hero named Wade Watts (Tye Sheridan) decides to join the contest, he is hurled into a breakneck, reality-bending treasure hunt through a fantastical universe of mystery, discovery and danger. Spielberg directed the film from a screenplay by Zak Penn and Ernest Cline. The film was produced by Donald De Line, Spielberg, Kristie Macosko Krieger and Dan Farah; with Adam Somner, Daniel Lupi, Chris DeFaria and Bruce Berman serving as executive producers. “Ready Player One” stars Tye Sheridan (“X-Men: Apocalypse,” “Mud”), Olivia Cooke (“Me and Earl and the Dying Girl,” “Bates Motel”), Ben Mendelsohn (“Rogue One – A Star Wars Story,” “Bloodline”) and T.J. Miller (“Deadpool,” “Silicon Valley”), with Simon Pegg (the “Star Trek” movies, the “Mission: Impossible” movies) and Oscar winner Mark Rylance (“Bridge of Spies,” upcoming “Dunkirk”). Behind the scenes, three-time Oscar winner Spielberg (“Schindler’s List,” “Saving Private Ryan”) reunited his creative team from “Bridge of Spies,” including Oscar-winning director of photography Janusz Kaminski (“Schindler’s List,” “Saving Private Ryan”), Oscar-winning production designer Adam Stockhausen (“The Grand Budapest Hotel”), Oscar-winning editor Michael Kahn (“Saving Private Ryan,” “Raiders of the Lost Ark”) and Sarah Broshar (“The Post”), and costume designer Kasia Walicka-Maimone (“Moonrise Kingdom”). The music is by Oscar-nominated composer Alan Silvestri (the “Back to the Future” films, “Forrest Gump”). Warner Bros. Pictures and Amblin Entertainment present, in association with Village Roadshow Pictures, and Amblin Production, a De Line Pictures Production, a Steven Spielberg Film, “Ready Player One.” Slated for release on March 30, 2018, the film will be distributed by Warner Bros. Pictures, a Warner Bros. Entertainment Company, and in select territories by Village Roadshow Pictures. 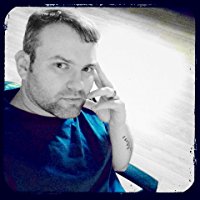 Drew Avera (pronounced Avery) has been a lot of things in life; a band geek, a comic book nerd, a pseudo rock star, an amateur artist, a Navy veteran, husband, father, and one of those people it’s not nice to flip off in traffic. But beyond being a family man, his biggest claim to fame is definitely his role as the bestselling space opera writer of The Alorian Wars. His writing journey began many years ago after reading What Savage Beast by Peter David, but the words that followed didn’t come until he turned thirty-years-old and decided to make his dream a reality. Getting his start with National Novel Writing Month 2012, the writing bug consumed him. Since publishing in 2013, Drew has written more than twenty works, all of them self-published and ranging in genre from urban fantasy to dystopian before finding his home in the ring of military sci-fi and space opera genres. His most notable works include The Dead Planet Series and The Alorian Wars. But there is plenty more on the way as he delves into new universes, always trying to find what ticks in his characters to bring them to life. Check out the worlds he’s created by visiting his Amazon author page and/or his website.
www.drewavera.com

Stay up to date with new releases and special offers by joining Drew’s mailing list. You can join by going to http://smarturl.it/DAAsubscribe