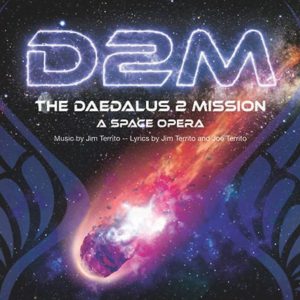 Tonight’s Menu: On this podcast, Chrissy sits down with Jim Territo to discuss the Space Rock Opera “The Daedalus 2 Mission”. When does Artificial Intelligence stop being artificial? Follow a team of A.I. space probes on a journey of discovery, loss, and affirmation at the edge of space and time. 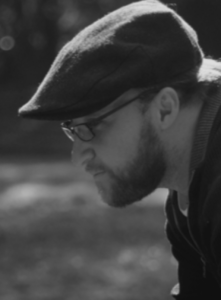 Jim Territo (Composer, Music Director) has BMus and MMus degrees in composition and education from the University of Michigan (2001, 2008). He taught high school and beginning band at Detroit Country Day School from 2002-2014, worked as a theatre composer and music director in New York City, and taught music at Roeper Lower School in Bloomfield Hills, MI. Since 1999, he has been an active commissioned and published composer/arranger, music director, clinician, and freelance rock and jazz pianist. His first original musical, Justice in Dusty Junction, premiered in MI in 2012 and was published in 2014. His next musical, The Other Direction, premiered at 54 Below in Manhattan in 2015. His latest, The Daedalus 2 Mission, premiered at the Crofoot in MI in 2017. jimterrito.com

To find out more, please visit: The Daedalus 2 Mission