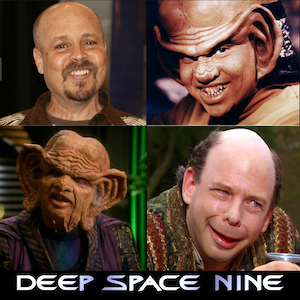 Aron Eisenberg (born January 6, 1969) is an American actor and filmmaker known for his role as Nog on Star Trek: Deep Space Nine. Eisenberg appeared on TV shows including Tales from the Crypt, Amityville: The Evil Escapes, Parker Lewis Can’t Lose, The Wonder Years, and General Hospital. He guest-starred in “Motherly Love”, an episode of Brotherly Love. Eisenberg had a repeating guest star role in the ’90s TV series The Secret World of Alex Mack, in which he played the character Jerry. He appeared in films such as The Liars’ Club, Puppet Master III, Streets, and House 3.

Eisenberg played the Ferengi Nog, on Star Trek: Deep Space Nine. Although the part called for him to appear under heavy makeup to appear as a Ferengi, he appeared without makeup as a news vendor in the episode “Far Beyond the Stars“. He later guest-starred as a Kazon, called Kar, on “Initiations“, an episode of Star Trek Voyager. Eisenberg has also performed on stage in such productions as The Indian Wants the Bronx, On Borrowed Time and Minor Demons. He has occasionally directed for the theater, as in the recent production of The Business of Murder at the Conejo Players Theater. 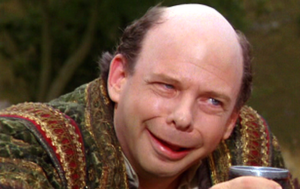 Wallace Michael Shawn (born November 12, 1943) is an American character actor, voice actor, playwright and essayist. His film roles have included those of Wally Shawn (a fictionalized version of himself) in the Louis Malle directed comedy-drama My Dinner with Andre (1981), John Lahr in Prick Up Your Ears (1987), Vizzini in The Princess Bride (1987), Mr. James Hall in Clueless (1995) and providing the voice of Rex in the Toy Story franchise. He also plays Dr. John Sturgis on the television series Young Sheldon. He has previously appeared in a variety of television series, including recurring roles as Grand Nagus Zek in Star Trek: Deep Space Nine, as Manny in the game Kings Quest (1993–1999) and Cyrus Rose in Gossip Girl (2008–2012). 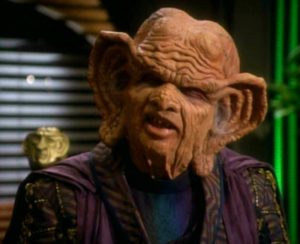 His plays include Obie Award winning Aunt Dan and Lemon (1985), The Designated Mourner (1996) and Grasses of a Thousand Colors (2008). He also co-wrote the screenplay for My Dinner with Andre with Andre Gregory, and he scripted A Master Builder (2013), a film adaptation of the play by Henrik Ibsen, which he also starred in. His book Essays was published in 2009 by Haymarket Books.

Shawn was born in New York City, to a Jewish family. His parents were William Shawn (1907–1992), the long-time editor of The New Yorker, and journalist Cecille Shawn (néeLyon; 1906–2005); his brother, Allen, is a composer. Shawn attended The Putney School, a private liberal arts high school in Putney, Vermont, and graduated with a B.A. in history from Harvard College. He studied philosophy, politics and economics, as well as Latin, at Magdalen College, Oxford, originally intending to become a diplomat. He also traveled to India as an English teacher, on a Fulbright program. He then taught Latin in Manhattan but, since 1979, has made a living primarily as an actor.

Shawn’s early plays, such as Marie and Bruce (1978), portrayed emotional and sexual conflicts in an absurdist style, with language that was both lyrical and violent. In a conversation with Andre Gregory, parts of which were used to create My Dinner with Andre, Shawn referred to these plays as depicting “my interior life as a raging beast.” Critical response was extremely polarized: some critics hailed Shawn as a major writer, while John Simon called Marie and Bruce “garbage” and described Shawn as “one of the unsightliest actors in this city.” His 1977 play A Thought in Three Parts caused controversy in London when the production was investigated by a vice squad and attacked in Parliament after allegations of pornographic content. He was also awarded the Obie Award for best playwrighting in 1974 for his play Our Late Night.

His later plays became more overtly political, drawing parallels between the psychology of his characters and the behavior of governments and social classes. Among the best-known of these are Aunt Dan and Lemon (1985) and The Designated Mourner (1997). Shawn’s political work has invited controversy, as he often presents the audience with several contradictory points of view, such as Aunt Dan and Lemon, which Shawn described as a cautionary tale against fascism. The monologue The Fever, originally created by Shawn to be performed for small audiences in apartments, describes a person who becomes sick while struggling to find a morally consistent way to live when faced with injustice, and harshly criticizes the record of the United States in supporting oppressive anti-communist regimes. In 1997, Shawn discussed the political nature of Aunt Dan and Lemon, The Fever and The Designated Mourner in an interview in which he talked extensively about the thematic developments between the three plays, as well as his own views on Marxist, communist and socialist politics, their relevance to American liberalism, and how government and individual responsibilities for finding solutions to the dichotomy between rich and poor in the world take hold in the characters presented in his plays. Aunt Dan and Lemon earned Shawn his second Obie Award for excellence in playwrighting in 1986,  and The Fever won Best American Play in 1991. Shawn’s four plays have been adapted into films: The Designated Mourner (basically a film version of David Hare‘s stage production), Marie and Bruce, My Dinner with Andre and The Fever. Oscar winner Vanessa Redgrave stars in The Fever (2004), which first aired on HBO on June 13, 2007.

Shawn has also written political commentary for The Nation, and in 2004 he published the one-issue-only progressive political magazine Final Edition, which featured interviews with and articles by Jonathan Schell, Noam Chomsky, Mark Strand and Deborah Eisenberg. Shawn is credited as translator of Bertolt Brecht‘s The Threepenny Opera, which opened at Studio 54 in Manhattan on March 25, 2006. He appears briefly in voice-over during “Song about the Futility of Human Endeavor”. He published his first nonfiction work, Essays, on September 1, 2009. It is a collection of essays that expresses his perceptions of politics and other subjects that reflect an aspect of his life.

Shawn’s involvement with theater began in 1970 when he met Andre Gregory, who has since directed several of his plays. As a stage actor, he has appeared mostly in his own plays and other projects with Gregory. He made his film debut in 1979, playing Diane Keaton‘s former husband in Woody Allen‘s Manhattan and an insurance agent in Bob Fosse‘s All That Jazz. His best-known film roles include Earl in Strange Invaders (1983) and Mr. Hall in Clueless(1995). After seeing his performance in My Dinner With Andre (1981), casting director Janet Hirshenson was so fond of his delivery of the word “inconceivable” that she cast him as Vizzini in The Princess Bride (1987). Other roles include Baron Von Westphalen in Southland Tales, on Gossip Girl as Cyrus Rose, and in The Haunted Mansion (2003) as Ezra.

His rare non-comedic film roles include two collaborations with Andre Gregory and Louis Malle: the semi-autobiographical dialogue My Dinner with Andre, and a combined production-and-backstage-drama of Uncle Vanya titled Vanya on 42nd Street. Shawn quite often appears on television, where he has appeared in many genres and series. He has had recurring roles as the Grand Nagus Zek in Star Trek: Deep Space Nine, Stuart Best in Murphy Brown, Jeff Engels in The Cosby Show, Dr. Howard Stiles in Crossing Jordan, Arnie Ross in Taxi, Charles Lester in The Good Wife, and a reprisal of his role as Mr. Hall in Clueless (based on the film). He appeared in the 1985 music video for Chaka Khan‘s “This is My Night”. On February 4, 2010, Shawn appeared as Alan Rubin in The Daily Show with Jon Stewart. He appeared in Vegas Vacation (1997) as Marty. One of Shawn’s latest films opened in his birthplace in New York in June 2014 titled A Master Builder. In 2018, he joined the cast of Young Sheldon in the recurring role of Meemaw’s boyfriend and Sheldon’s physics professor, Dr. John Sturgis.

Shawn was honored in 2005 with the PEN/Laura Pels International Foundation for Theater Award as a Master American Dramatist.

Shawn is also a voice actor for animated films and television series, including Rex in the Toy Story franchise and Kingdom Hearts III, Mr. Gilbert Huph in The Incredibles, Principal Mazur in A Goofy Movie, Bertram in Family Guy, Munk in Happily N’Ever After, Purple Pirate Paul in Tom and Jerry: Shiver Me Whiskers, and as a caricature of himself in BoJack Horseman.

In The Fox and the Hound, he was originally going to voice Boomer, but dropped out and was replaced by Paul Winchell. In Cats & Dogs: The Revenge of Kitty Galore, Shawn replaced Jon Lovitz as the voice of Calico. Coincidentally, Lovitz and Shawn both appeared in I Could Never Be Your Woman.