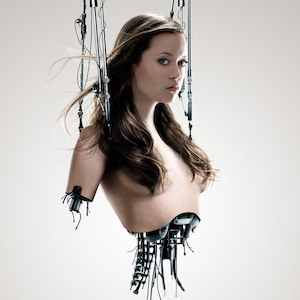 Tonight’s Menu: On this episode of the Diner, we discuss the 2019 line up of Fall TV shows and what we are looking forward to. Some of those shows include Black Lightning, Dark Crystal: Age of Resistance, Carnival Row, The Mandalorian, and Undone.

Terminator: The Sarah Connor Chronicles is a television series launched in 2008 picking up the story of Sarah and John Connor following the events of Terminator 2: Judgment Day. Series producer Josh Friedman considers the series a separate timeline that ignores the events set into motion in Terminator 3: Rise of the Machines. In this way, the series is an entirely new version of Terminator 3 and continues on from the movie chronology of the first two films.

Originally planned for a 13-episode first season, production of the series was suspended after the ninth episode because of a strike by the Writers Guild of America that lasted from November 2007 to February 2008. Following the end of the strike, production did not resume (unlike other series). The Los Angeles Times categorized the series as “on the bubble” (in danger of cancellation) because of declining ratings. The final two produced episodes were broadcast by Fox on March 3, 2008, and this was promoted as a season finale.

The network then announced that the series will return for a second season and approved a second season of 13 episodes. Season 2 was started on September 8th 2008 and aired between 8:00 and 9:00 pm on Monday nights. The second half of Season 2 in 2009 was moved onto Friday nights.