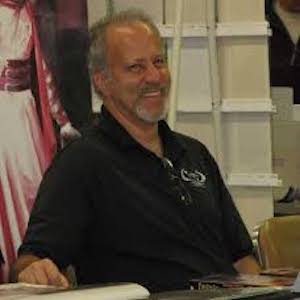 SciFi Diner Pilots 386 – Star Trek: The Original Series “Where No Man Has Gone Before” with Michael Jan Friedman (Crazy 8 Press)

“Where No Man Has Gone Before” is the third episode of the first season of the American science fiction television series, Star Trek. Written by Samuel A. Peeples and directed by James Goldstone, it first aired on September 22, 1966.

In the episode, after the Enterprise attempts to cross the Great Barrier at the edge of the galaxy, two crew members develop powerful ESP abilities which threaten the safety of the crew.

The episode was the second pilot, produced in 1965 after the first pilot, “The Cage”, was rejected by NBC. Reportedly, Lucille Ball, who owned Desilu Productions (where the pilot was produced), persuaded NBC management to consider a second pilot, thereby exercising a special option agreement it had with Desilu, because she liked Gene Roddenberry and believed in the project. The episode was eventually broadcast third in sequence, and it was the first episode to be shown in the United Kingdom by the BBC on July 12, 1969.

“Where No Man Has Gone Before” was the first episode of Star Trek to feature William Shatner as Captain James Kirk, James Doohan as Chief Engineer Montgomery Scott, and George Takei as Lt. Sulu (in this episode, the ship’s physicist, whose character became helmsman in subsequent episodes). The episode title is the final phrase in the opening voice-over which characterizes the series and has entered popular culture

In 1992 Friedman wrote Reunion, the first Star Trek: The Next Generation hardcover, which introduced the crew of the Stargazer, Captain Jean-Luc Picard’s first command. Over the years, the popularity of Reunion has spawned a number of Stargazer stories in both prose and comic book formats, including a six-novel original series.

Friedman has also written for the Aliens, Predator, Wolf Man, Lois and Clark, DC Super Hero, Marvel Super Hero, and Wishbone licensed book universes. Eleven of his book titles, including the autobiography Hollywood Hulk Hogan and Ghost Hunting (written with SciFi’s Ghost Hunters), have appeared on the prestigious New York Times primary bestseller list, and his novel adaptation of the Batman & Robin movie was for a time the #1 bestselling book in Poland (really).

Currently, Friedman is working on a variety of projects, including a contemporary fantasy novel featuring characters and themes from mythology tentatively called Blood of the Gods, a young adult fantasy novel set in Renaissance times, the true story of an extraordinary Little League team in 1955, and an epic-scale science fiction adventure.