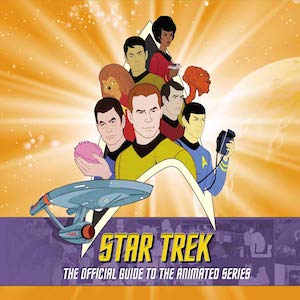 Star Trek: The Animated Series (TAS), originally aired as Star Trek and as The Animated Adventures of Gene Roddenberry’s Star Trek, is an American animated science fiction television series created by Gene Roddenberry. It originally aired from September 8, 1973 to October 12, 1974 on NBC, spanning 22 episodes over two seasons. The second series in the Star Trek franchise, it is the first sequel to Star Trek: The Original Series. Set in the 23rd century, when Earth is part of a United Federation of Planets, it follows the adventures of the Starfleet vessel USS Enterprise as it explores the Milky Way galaxy.

After the cancellation of The Original Series in 1969, the live action show proved popular in syndication and generated significant fan enthusiasm. This resulted in Roddenberry’s decision to continue the series in animated form. Much of the original cast returned to provide voice-overs for their characters. Show writers David Gerrold and D. C. Fontana characterized The Animated Series as effectively a fourth season of The Original Series. The adventures of the characters continued in cinematic form, the first being the 1979 film Star Trek: The Motion Picture.

The Animated Series was the original cast’s last episodic portrayal of the characters until the “cartoon-like” graphics of the Star Trek: 25th Anniversary computer game in 1992 as well as its sequel Star Trek: Judgment Rites in 1993. Both appeared after the cast’s final film together, Star Trek VI: The Undiscovered Country, released in December 1991. The Animated Series was critically acclaimed and was the first Star Trek series to win an Emmy Award when its second season won the 1975 Emmy for Outstanding Entertainment – Children’s Series.

We’re planning to have some fun with this! We’ll still be presenting Fan Panels, Science Presentations, and Author Panels as well as a Virtual Masquerade during the Shore Leave weekend. But afterward, throughout the summer and into the fall, we’ll present additional events on an ongoing basis. To make things even more interesting, Farpoint and Balticon will also contribute programming to these ongoing activities.